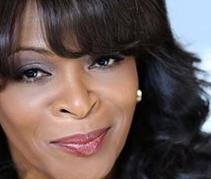 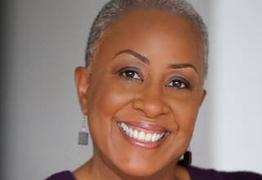 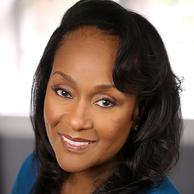 Has a degree in drama from the University of Georgia and began her career as an actor over twenty five years ago.  Her Stage credits include:  The Story, Wit, For Colored Girls..., The Art of Dying, So Long on Lonely Street, El haj Malik, Home, The Miracle Worker a nd her one-woman show; Pathways.  Her Television credits include:  Tyler Perry's House of Payne, Good Deeds, The Practice, Army Wives and Born Again Virgins.  She has Directed productions of Once on This Island, Five Guys Named Moe, Big River, Negro Dance Lesson, The Colored Museum, Like a Child, The Family Tree, the Wiz and Open Season,  Her Teaching experience spans all age groups and backgrounds as well as those who are physically/mentally challenged.  Presently, she continues to present her one-woman show and teach workshops throughout the City of Atlanta.

began her acting career in 1977.She has appeared in over 18 theatre productions and 28 film and television productions. Some of her Film and Television credits include: Confirmation with Kerry Washington, A Meyers Christmas, Ruth, Tell Me Your Name, Revised Fundamentals of a Caregiver, Mockingjay 1, Oprah Winfrey’s Greenleaf, guest starring in Rectify, recurring in Starcrossed, Nashville, Necessary Roughness and Sacrament to name a few.  Stage Credits include: Jar The Floor,  Flying West; Tree; Fences; Waiting To Be Invited; Doubt at the the Alliance Theatre; Blue; Helitrope Bouquet at the Playwright’s Horizon; Our Town; Holiday Heart @ the Arena Stage; and Crumbs From The Table Of Joy where she was awarded the Theatre Excellence Award for Best Supporting Actress from the Detroit Free Press. Donna has studied at the Strasberg Institute and with Suzanne Sheperd in New York and Ted Burnetti. She directed  A Raisin in the Sun for the Springer Opera House and appeared in Storefront  Church at Theatrical Outfit.   Don't miss Donna in her latest role on Season 3 of Saints and Sinners, she is a beast!

Her career in the performing arts began at age 4 and persisted through her study at Spelman College, Morehouse School of Medicine, and in The Shakepearean Tradition at The Royal National Theater and The Royal Academy of Dramatic Art (RADA) in London.  While at RADA, Jen was blessed to be tutored by Ian McKellen, Alan Rickman, Judi Dench, and Fiona Shaw as she prepared for what she still feels was the leading role of a lifetime:  Titania/Hippolyta in A Midsummer Nights Dream at The Van Brugh Theater in London and remounted here in the states for The Southern Shakespeare Festival in Florida.  Other stage credits include: multiple roles  for Jomandi Theater , Horizon, Seven Stages the Alliance Theater, Theater in the Square, The Springer Opera House and Theatrical Outfit over the past 25 years. Her Television and Film work began as a featured extra in "Driving Miss Daisy" and led to a recurring co-star role, Dr. Winona Day on “In the Heat of the Night” (14 episodes) along with recurring roles in the television series "I'll Fly Away"  and "Savannah".  Encouraged by then Director and friend, Carole Mitchell-Leon, she served as Assistant Director of “The New Jomandi Theater Co.” and taught "On -Camera Acting" in the Jomandi Academy of Dramatic Arts (JADA). Currently, she and her partner teach "Acting for the Camera" workshops in Atlanta and Fort Valley, GA.  Current TV/Film credits include: The Vampire Diaries, Kill The Messenger, Drop Dead Diva, Survivors Remorse, Bound 2014 and most recently is recurring as: Kelly's Mom, Linda, in "Born Again Virgins", Deacon ConnieSykes in The new HARPO Studios Production, "Greenleaf", Loretta's friend, Pat, in "Here We Go Again".  "Mother" in "Dating in Atlanta";  Vianne in "Madea's Family Funeral",  Aunt Yvette in "Nappily Ever After" AND Judge Delores Mitchell in " Saints and Sinners".